Charlotte, North Carolina is one of the fastest growing places in the country. Not only does the metropolitan area continue to evolve and flourish, but several of Charlotte’s suburbs are nationally ranked in growth rates over the last ten years. A few of these towns have creatively used their history as a springboard for their emerging new image.

Kannapolis is a northern suburb located in Cabarrus county. It is known for being the birthplace of Dale Earnhardt, but the central focus of the town was textiles. Cannon mill was once the world’s largest producer of sheets and towels. After decades of success, the mill closed in 2003 and the downtown found itself virtually vacant. But new life began when most of the mill property was purchased to build the North Carolina Research Campus, home to projects involving eight universities around the state. Plans took shape under the watchful eye of the city council, and in 2018 renovation of the stately brick buildings that once belonged to the mill began in earnest. The city’s minor league baseball team was renamed the Cannonballers, and a new state-of-the-art stadium and workout facility was built as the crown jewel of the downtown, surrounded by boutiques, eateries, breweries, and streetscapes. The main street alongside the ballpark is becoming a thoroughfare for mixed-use spaces, drawing new interest in residing beside or above the new retail hub of Kannapolis. The residential portion of the downtown revitalization is scheduled to be completed in 2023.

Tega Cay is a southern suburb located in York county. In the 1970s it began as a gated community along the shores of Lake Wylie when the purchasing company was inspired to create a community which felt like a permanent vacation spot. Tega Cay means “beautiful peninsula” in Polynesian and now boasts of 13 miles of waterfront. Expanding into a fully governed city in 1982, it has grown from being a small gated community to incorporating the entire peninsula in a resort-like vibe. It has recently been ranked #1 in Best Places to Raise a Family in South Carolina, offering many festivals, concerts and recreational programs to strengthen the community feel. Developers and builders are scrambling to keep up with demands, as the city’s population grew by 62% between the 2010 and 2020 census.

Moving to or looking to invest in real estate in the Charlotte area? Let Talley Properties assist you with all your property management needs! 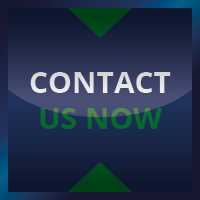